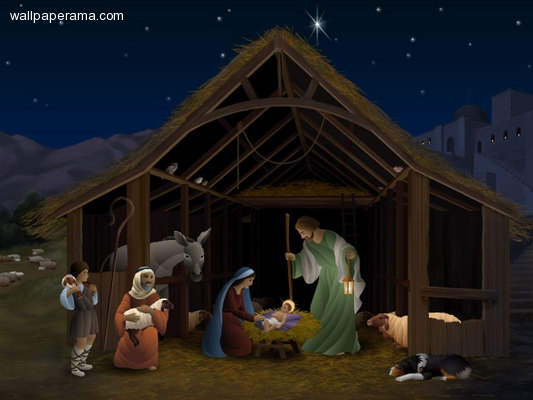 Should this event be renamed “501+ Nativities” after this year? Everyone was invited to join us for this free event as we celebrated the beginning of Advent! In 2017, our congregation and friends displayed 507 unique Nativity scenes from all over the world. The event was held Dec. 1, Dec. 2, and Dec. 3, 2017. The dates for 2018 will be announced soon… 

When the congregation of Parkview United Church held the first celebration of Christmas nativities ten years ago, the goal was to showcase over 100 from church members and friends. They reached the goal, barely, and the 101+ Nativities was born. It’s grown steadily in popularity ever since. Our annual event now features nearly 500 nativities from around the globe.

Maggie Wybrow, who is co-ordinating this year’s event with help from a crew of volunteers, said the event offers a family-friendly way to get into the Christmas spirit. It’s a great message of hope as congregation members carefully lay out the nativities and accompanying cards with the owner’s name and some details of each display. Every single nativity is different and each brings a message of hope. And that’s what a lot of people need during the Christmas season.

Maggie Wybrow credited Maureen Beecroft and her husband Tom, the former minister of Parkview, for getting the event rolling as a “labour of love” back in 2007. It’s become an annual community outreach that continues to draw steady crowds to admire the entries.

In 2016 the Kitchener CTV news van even showed up at the event Saturday afternoon and filmed it and interviewed people about it.

<h3>History of Parkview’s 101+ Nativities</h3>
Every year around the end of November, we stage our 101+ Nativities event as our Christmas gift to the people of Stratford.

101+ Nativities was started in 2007 with an idea by Maureen Beecroft. It started as a UCW sponsored event with much help from the whole church. UCW members still are on the organizing team, but the congregation as a whole has become more involved over the years.

In the first year we had 130 nativity scenes on display and we were open on Saturday only. To accommodate people, we decided to open Friday and Saturday in subsequent years.

The event is always FREE so everyone can come. Even asking for a canned goods donation might mean someone would not come. We encourage people who ask about an entrance fee to please donate to House of Blessing or Salvation Army Christmas kettle.

All nativities belong to members of Parkview or their friends and families.

St. Francis of Assisi is credited with staging the first nativity scene in 1223.
According to a biography of the saint written in 1263, St. Francis set up a manger complete with hay and two live animals in a cave in the Italian village of Grecio. He then invited villagers to visit the installation as he preached about “the babe of Bethlehem.”
Nativity scenes, or crèches, eventually spread throughout Europe and the rest of the world and can be found in many churches and homes around Christmastime.