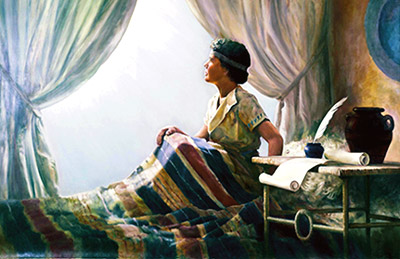 Have you ever been lying awake at night with thoughts racing through your head – one idea after another chasing their way through your consciousness? And then you get a great idea. It’s so good you think: “I’ll definitely remember that in the morning.” But morning comes, you remember that you had a brilliant idea in the night, but – it’s gone! Scientists have observed that many of the great scientific breakthroughs come when someone is either asleep and dreaming or half-asleep. There’s something about this state that let’s our minds be fertile and creative.

Samuel was sleeping when he heard a voice that woke him up. We are told that the “lamp of God had not yet gone out.” This refers to the golden lampstand in the Jerusalem temple where the Ark of the Covenant was located, where God’s presence resided in the temple. The flame on this lampstand burned all night and it was not allowed to go out before the morning. In our story, it is nighttime and the lamp is still burning. Samuel hears a voice and thinks his master Eli is calling him. This happens three times and Samuel keeps going back to sleep. Then Eli tells him that the voice may be God calling him. Samuel decides to listen and he replies: “Speak, Lord, for your servant is listening.”

The Lord came and stood there. That’s something you’d never forget! It’s one thing to get a brilliant idea in the middle of the night – but it’s another thing entirely when our Creator pays you a bedside visit! God tells Samuel that he has some difficult times in store for Eli the Priest, who has been letting his sons blaspheme God. It is very awkward for Samuel to have to tell Eli, who is his guardian. But Samuel tells him and the predictions come true. God calls Samuel, Samuel listens and responds, Samuel faithfully delivers God’s messages, and Samuel becomes a great and trusted prophet serving the Israelite nation. It is Samuel who anoints the shepherd boy David as Israel’s great king to rule. David was chosen and called by God, for it is through this royal lineage that Jesus Christ was born. It was God’s calling and God’s plan.

Throughout the pages of the Bible we hear about other people who are called by God. We read the stories of those who decided to listen to God’s voice – Moses goes to Pharaoh in Egypt to liberate the Israelite slaves, but initially, Moses didn’t want to go, he didn’t want this task – he says: “O Lord, I’ve never been eloquent, I’m slow of speech, please send someone else to do it!” But Moses does go, for God says: “I will help you speak and will teach you what to say.” Jeremiah the great prophet initially doesn’t want to follow God’s calling either, using the excuse of Moses, saying: “Ah Sovereign Lord, I do not know how to speak, I am only a child,” but God tells Jeremiah: “I have put my words in your mouth…do not be afraid for I am with you.” Gideon objects to God’s calling, saying: “How can I save Israel? My clan is the weakest and I am the least in my family!” But Gideon obeys God, and we’re told in the book of Judges that during Gideon’s lifetime, the land enjoyed peace for forty years, a long time in Israel’s history.

One night in a dream God calls to Solomon, who has been newly enthroned as king, and God says: “Ask me what I should give you.” Solomon asks God, not for riches, or long life, or victory in battle, but for a discerning mind (1 Kings 3: 5 – 12). Solomon asks God for wisdom to help him rule God’s people wisely, to distinguish between right and wrong, and Solomon asks to be a good king. His request pleases God and Solomon’s reign is blessed.

A young temple worker Samuel, a king, prophets and leaders – what do these people have in common when answering God’s call? Trust. Faith. And commitment. Commitment means giving everything to God. If we listen to God’s call, we may find ourselves in uncomfortable situations like Samuel who conveys God’s unpleasant message to Eli, or we may find ourselves in relatively comfortable positions like King Solomon whose reign becomes famous for its Godly wisdom.

Have you ever been called by God? Do you recognize a time, or times, in your life when you unmistakably knew that God was calling you, directing you, or guiding you in some way? There are many stories from people all throughout the ages, from ancient times in our holy scriptures to various persons in recent centuries. We have many testimonies of people being called by God. Mother Teresa literally left her convent in India when she declared she had received a Godly call to help the poor and live among them; at first she didn’t receive any support from the Catholic Church to do this work, but she responded to God’s call and she was able to start a mission. Mother Teresa became famous throughout the world for the dedication and love she shared with India’s destitute poor. It may not be well known, but Mother Teresa suffered from doubts and depression, but she didn’t let this stop her – she relied on God to help her and be with her in fulfilling her Godly tasks.

St. Francis of Assisi left behind a life of privilege and wealth to become a monk – he listened to a call from God, and we revere his teachings and recite his prayers to this day. In our 21st century, there are many entertainers, singers, authors, preachers and people from all backgrounds and professions who proclaim their faith in God and Jesus Christ, and who testify to their Christian life. They publicly witness to their faith.

How do we know God is calling us? How do we hear? We must be receptive to God. Communicate with God. Ask to hear God’s voice, like Samuel. Ask for God’s guidance, like Solomon. Matthew 7: 7 tells us: “Ask, and it will be given to you; seek, and you will find; knock, and it will be opened to you.” God will speak to you “through” prayer and the words of scripture: “Your word is a lamp to my feet and a light to my path,” Psalm 119: 105. Jesus says to us: “My sheep hear my voice, and I know them, and they follow me,” John 10:27. God wants to use us in God’s service. It is necessary that we grasp how important each of us is to God and Jesus, God’s Son. Wouldn’t you like to work side by side along with them? They do call us. Let’s respond, like Samuel: “Speak, Lord, for your servant is listening.” Amen.

Quiet Meditation Time: What task is God calling you to do? If you say: “Lord Jesus, I want to serve you. What do you want me to do?” What message do you hear? 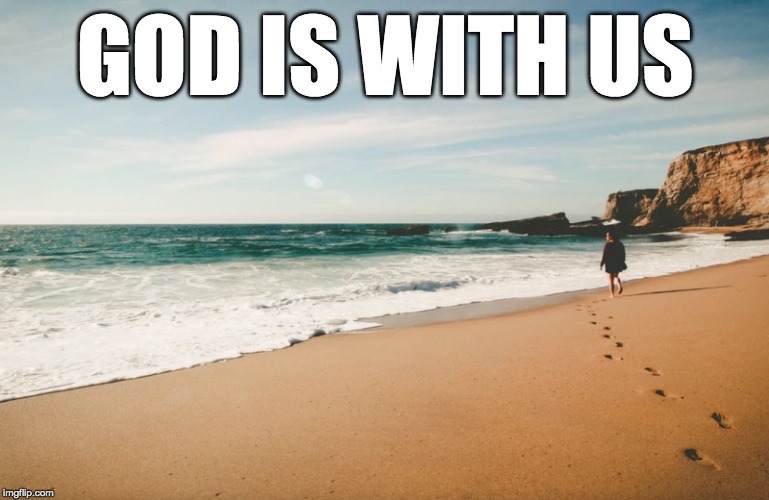