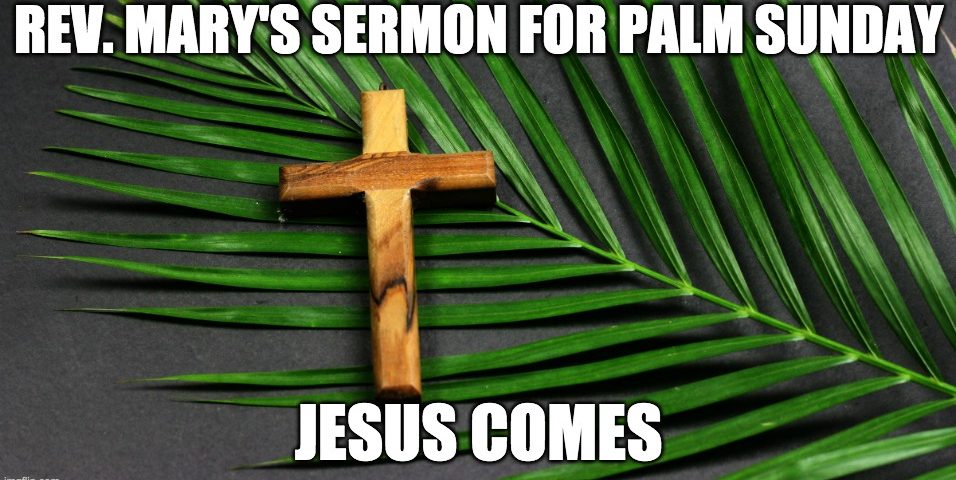 It was a strange procession that day when Jesus rode into Jerusalem. Amid the pilgrims journeying to the capital city to keep the ancient feast of the Passover, Jesus suddenly appears riding on a humble beast of burden amid a crowd of cheers. People are stopped by this strange figure. The crowd is waving palm branches and throwing their cloaks on the road in front of him. What are they shouting? Hosanna in the highest? Calling him a King who comes in the name of the Lord? There is something about this figure which commands their attention – the way he sits as one in authority, his calmness, a look of deep intent and compassion written on his face. “Who is this?” the people ask. The disciples and the cheering crowd answer: “This is Jesus, the prophet from Nazareth in Galilee.”

Excitement runs through the crowd. They have heard tall tales of this man. Is he not, perhaps, the Messiah, the Anointed of God, the King who is to be? They burst into the well-known patriotic hymn of the Messiah: “Hosannah! Blessed is the King who comes in the Name of Jehovah! Hosannah in the highest heaven!” Shout, brethren! Sing, children! He is our King!

At first sight this looks like a day of joyful triumph for Jesus – the day of his great popularity. He comes like a conqueror. Ancient Rome gave her triumphant heroes the privilege of riding into a city to celebrate their victories. A Roman victor entered in a horse-drawn chariot, knowing that his future would lead to esteem and high privilege. Jesus enters on the humblest of animals, a donkey, and he knows that his entry will lead to a future of disgrace and death. This man Jesus is no General celebrating a recent victory – his victory is in the future.

It is not strange that Jesus should ride into the city the way he does. The manner of his entry is prophesized by the prophet Zechariah writing five centuries earlier. In Zechariah 9: 9, 10, the prophet describes the Servant of the Lord as:

“Lo, your king comes to you;

triumphant and victorious is he,

humble and riding on an ass,

on a colt the foal of an ass…

and he shall command peace to the nations;

his dominion shall be from sea to sea,

and from the River to the ends of the earth.”

The prophet Isaiah, who lived over seven centuries before Jesus, describes a suffering servant who is vindicated by the Lord God in Isaiah 50: 4– 9:

“I was not rebellious, I did not turn backward.

I gave my back to those who struck me,

and my cheeks to those who pulled out my beard;

I did not hide my face from insult and spitting.

The Lord God helps me; therefore I have not been disgraced;

Therefore I set my face like flint, and I know that I shall not be put to shame;

He who vindicates me is near.

Who are my adversaries? Who will declare me guilty?

Let them confront me. It is the Lord God who helps me.”

These servant texts are part of four passages in our Old Testament referred to as “The Servant Songs.” They are prophetic visions proclaimed by the prophets of old before the birth of Christ. In looking back to these writings after the events of Jesus’ persecution and death on the cross, we recognize Jesus the Messiah in these prophecies.

It is important to remember that Jesus comes to fulfill the prophecies of old, and that Jesus Himself IS the new prophecy which comes. Jesus is God’s Son, going to the cross to fulfill a new covenant between humanity and God which had never been established before. Jesus personifies this prophecy of newness. Jesus ushers in something which the world had never seen or experienced before, and which the world has never seen surpassed since.

Jesus enters Jerusalem, and the publicity of his entrance into the capital courts death, for Jesus knows that riding ceremoniously into the city is the most dangerous thing he can do. He is challenging attention. He is challenging the religious Jewish leaders and he is challenging the Roman authorities. Jesus purposely chooses to enter Jerusalem mounted on a donkey because he is publicly claiming to be the chosen Son of David to sit on David’s throne. At the time of King David, mules were used as mounts for royalty. (“Then all the king’s sons got up, and mounted their mules,” 2 Samuel 13:29.) When King David proclaims that Solomon his son will become King of Israel, he sets Solomon on his mule to go to be anointed. Jesus enters Jerusalem, the city of David, with cheers as King, sitting on a donkey. The Jewish religious leaders would recognize the symbolism of Jesus’ actions. They would take offense. The Roman authorities would not tolerate any threat to its Emperor King and the Roman Empire. They would take offense.

Jesus knew what was involved with his entry into Jerusalem. He knows he is riding to his death. And what made Jesus a King that day was his grappling of evil face on, his willingness to deal with it, and his knowledge that he was the instrument of God’s grace to overcome it. Jesus was to face the mighty evil forces of this world on the cross. He doesn’t run away from his destiny. He rides in triumph to face it! He enters Jerusalem as our King, coming in the name of God.

On Palm Sunday, remember two things: that Jesus came to fulfill the prophecies of old, and that Jesus himself, the One Great Prophecy, rode into the face of evil to overcome it. Jesus overcame evil once and for all on the cross. The forces of evil are defeated through Jesus. And God has given you and me that same power through Jesus Christ our Lord to face and overcome the evils in our day. The power of evil ended at the cross.

Is Jesus Christ our King? When we realize what Jesus did for us, unfailing, unflinching, unconditionally, in his great love for us, we exclaim like the crowds of long ago:

“Hosanna to God in the highest!

Blessed is the King who comes in the name of the Lord!

Hosanna! Hosanna to our King!” 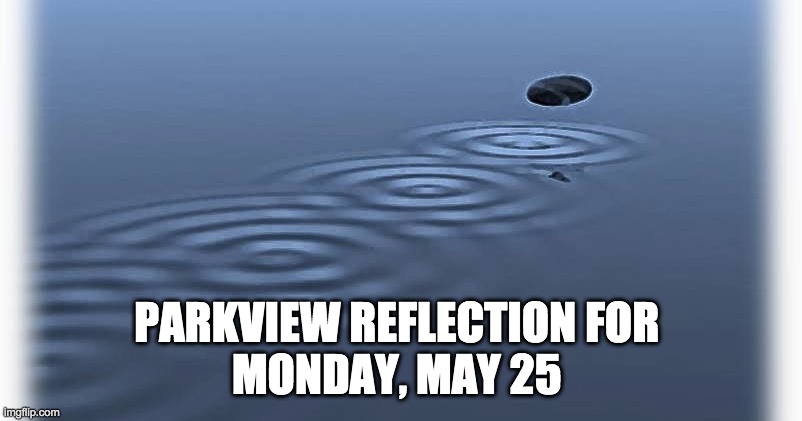