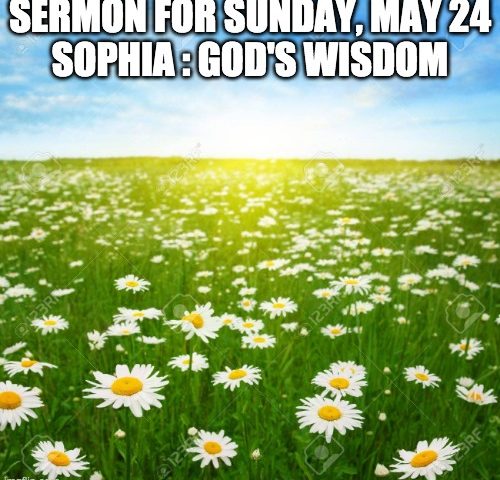 Within the Old and New Testaments, references to God’s wisdom are many. The Old Testament was written in Hebrew, then later translated into Greek. The New Testament was written in Greek. The Greek for “wisdom” is Sophia. It is of feminine gender. Proverbs chapter 8 is an amazing chapter with amazing claims made for wisdom, personified as “she.” “Does not wisdom call out… understanding raise her voice… she takes her stand,” (verses 1, 2). Within chapter 8, Wisdom claims: “I was appointed from eternity, from the beginning, before the world began,” (verse 23), and in verse 30, there is a word that translators don’t know exactly what the word is meant to be. Verse 30: “Then I was the craftsman at his side. I was filled with delight day after day, rejoicing always in his presence.” The confusion is over the word “craftsman.” In Hebrew, only the consonants were written down. You had to know what the writer meant to figure out which vowels to insert. If you saw the letters B and D together, you could put an A between them and read “bad,” or put an E between them and read “bed.” If you didn’t know which vowel to put in, the rest of the sentence would hopefully give you a clue.

In the case of Proverbs 8: 30, the rest of the sentence doesn’t indicate exactly which word was intended. If the translators put in one set of vowels, the word translates as “master craftsman.” “I was beside him like a master craftsperson.” Read that way, it means that Wisdom helps with the work of creation, for she claims: “The Lord brought me forth as the first of his works, before his deeds of old… I was there when he [the Lord] set the heavens in place…,” and Wisdom claims that “I was given birth” before the creation of oceans, mountains, fields, the heavens and the earth, (verses 22 – 27). The “master craftsperson” represented by Wisdom is pleased with the beauty and order of creation, “rejoicing in his world and delighting in mankind,” (verse 31).

But in verse 30, if the translators put in another set of vowels, the “craftsman” word translates as “young child.” And then the picture of Wisdom is of a little girl who enjoys whatever God does. All creation delights her. And so do human beings. G. K. Chesterton (author of the Father Brown books), suggests that: “God may be the only child left in the universe, and all the rest of us have lost our capacity for joy and wonder because of sin.”

What if God delights in us like that? What if every time we do what is beautiful, share love and kindness, show mercy and compassion, and make right choices, God jumps up and down and says, “Do it again! Do it again!”

There is a playfulness about Sophia, God’s Wisdom. Perhaps it is a combination of “master craftsperson” and “young child.” It is both. Wisdom is creativity, joyous laughter, dance, and play. We can see that same sort of playfulness in Jesus, in the funny stories he told, in the ways that he stood tradition on its head, in the jokes he told (the plank in your own eye when you’re criticizing the speck you see in another person’s eye), in the merriment of turning the water into wine at a joyful wedding, the delight when little children came to him, the enjoyment of being with friends in their homes, sharing laughter and meals together, and in the compassion Jesus had for all human beings and all creation.

God’s Wisdom is “holy astonishment and complete wonder.” Wisdom is ours to be had in our wonder for God. Writer Barbara Brown Taylor says: “Christians are called to contemplate one of the central mysteries of their faith: God the Father, God the Son, and God the Holy Spirit – oh, and please say hello to Lady Wisdom, God’s darling girl, God’s Right Hand Woman!”

Or you can now watch her sermon as a video version she has recorded at home:
https://photos.app.goo.gl/Ve9c9PWQYb2VUcKR7 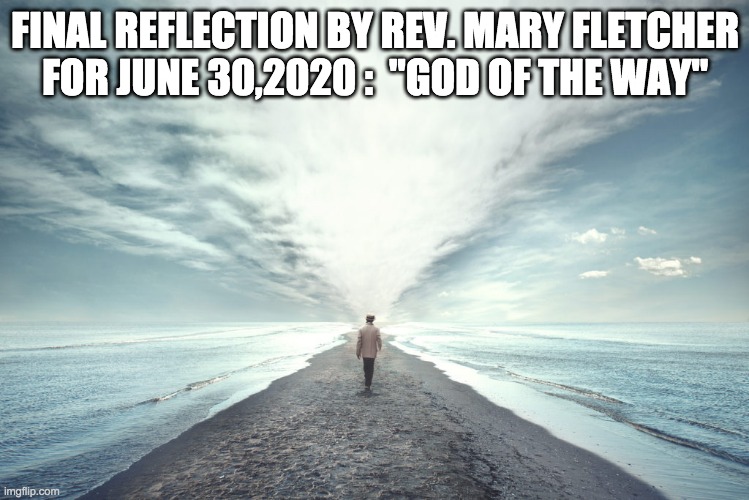